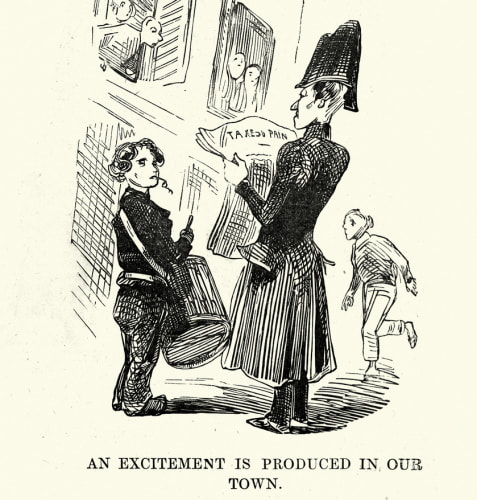 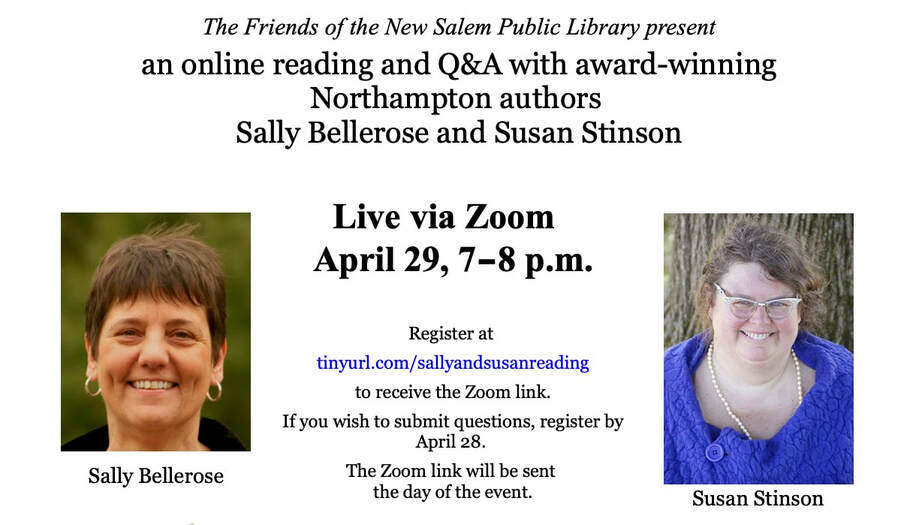 About Our Guest Authors
As an author, Sally Bellerose loves to mess with rhythm, rhyme, and awkward emotion, and she is drawn to humor and transcendence. She was awarded a Creative Writing Fellowship from the NEA. Excerpts from her novels have been published in Sinister Wisdom, The Sun, The Best of Writers at Work, Cutthroat, Quarterly West, and won the Tennessee Williams Saints and Sinners Award, the Rick De Marinis Award, the Writers at Work Award, and a Barbara Deming Award.  She writes about class, sex, sexuality, gender, illness, absurdity, and lately, growing old. She is the award-winning author of The Girls Club.

Combining the pathos and social significance of Fried Green Tomatoes at the Whistle-stop Café and the humor of The Golden Girls with a cast of diverse characters worthy of the musical Rent, Sally’s newest novel, Fishwives, chronicles a lifetime through the eyes of two old women behaving badly. A simple trip to the dump by 89-year-old Regina and 90-year-old Jackie triggers memories of their decades’ long life—together and apart—at the intersection of historic cultural and political change. They met in 1955, an era when women were rounded up and jailed simply for dancing together or dressing like a man. Through police raids, an epiphany of love, infidelity, lives on the run from intolerant landlords, Regina and Jackie, two sensual, loving, and flawed beings, struggle with the harsh realities of life, including poverty, which Jackie calls “that fishwife who gets louder and meaner in old age.”
Find Fishwives at https://www.bywaterbooks.com/products/fishwives-by-sally-bellerose

Susan Stinson (susanstinson.net) is the author of four novels, including Spider in a Tree and Martha Moody, and Belly Songs, a collection of poetry and lyric essays. She was the Writer in Residence at Forbes Library for five years. Her work has appeared in Poets & Writers, The Kenyon Review, The Seneca Review, Curve, Lambda Literary Review, and The Women's Review of Books. She has taught at Amherst College, been awarded the Lambda Literary Foundation's Outstanding Mid-Career Novelist Prize, and has received a number of fellowships. An editor and writing coach, she was born in Texas, raised in Colorado, and now lives in Northampton.

Originally published in 1995, Martha Moody was recently reissued by Small Beer Press. With good reason. At once a love story and a lush comic masterpiece, Martha Moody is a speculative western which embraces the ordinary and gritty details—as well as the magic—of women’s lives in the Old West. “Stinson has invented substantial woman heroes who have agency and imaginations and she’s placed them into a historical novel in ways we had not seen before.  . . . But the tale of Martha Moody is just part of this novel’s pleasure. Stinson’s language is joyful and buoyant. Her frame of reference includes liberal doses of Shakespeare, the bible, and Zane Grey, all of which make the novel such a complex and wonderful gift. Read and enjoy— preferably with a cup of tea and a luxuriously buttered biscuit nearby!” —Judith Katz, Lambda Literary
Find Martha Moody and Susan’s other books at https://www.bookmoonbooks.com/books-susan-stinson
Previous Events

The 2021 Season of Reading Aloud for Grownups 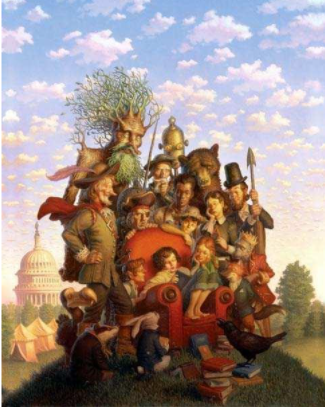 Join us on Zoom for an evening of short stories
read with expression and delight.

REGISTER HERE to receive the Zoom link the day of the reading.

Donations at nsfriendsoflibrary.weebly.com benefit the
Friends of the New Salem Public Library.

Join the Friends of the New Salem Public Library and Nalini’s Kitchen at the Quabbin Harvest Food Co-Op for a free, live cooking event on Zoom. Watch, ask questions, and learn how to make sambar, a South Indian lentil and vegetable stew. If you would like to cook along with Nalini (or watch and try it later), a “Friends of the New Salem Library Special Spice Pack” will be available at Quabbin Harvest (12 North Main Street, Orange) until February 25 for just $10. The pack will include enough spices for one meal and the recipe. All registrants will receive the recipe before the day of the show. Then join us on Zoom!
Due to the corona virus pandemic we have limited our activities to online events.
​While the board is meeting regularly, we don't plan any in person events this year.
We will keep you posted, when we resume in person activities.